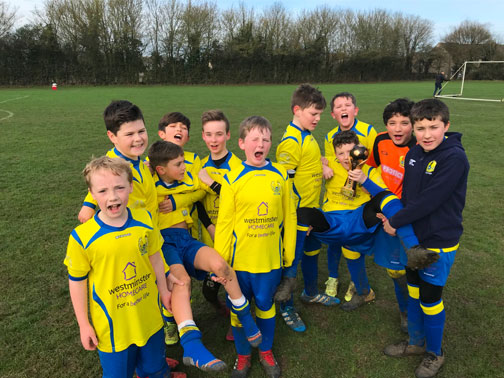 Our Sponsored Stowupland Falcons Under 11’s had a great result over the weekend with a excellent performance and result at with Ipswich’s Martlesham Under 11’s.

Daniel set up Jahjah for our 1st goal.

The boys voted for Daniel to be Man of the Match, who being the wonderful teammate he is duly gave the trophy to Oliver, who in turn being the great team player he is returned it to Daniel to take home.

The game was an appearance milestone for Liam, JahJah & Daniel who all reached 50 games for Stowupland Falcon.