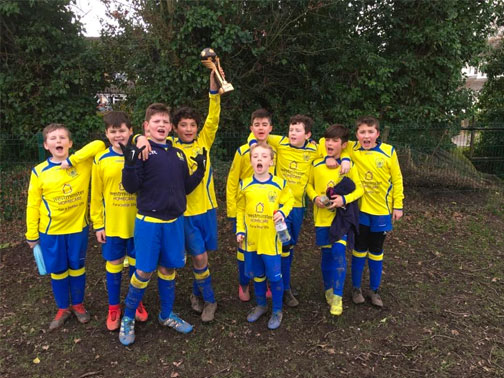 Westminster Homecare’s sponsored football team Stowupland Falcons Under 11’s played away at Suffolk’s East Burgolt on Saturday 1st February, a very enjoyable game was had by all players on both teams and all parents were thoroughly entertained with some great grass routes football and Westminster Homecare leaflets were handed out. Ruben our stand in keeper for the game was Man of the March & Jack photo’d with his Hoodie on scored all the Stowupland Goals.

This game was a milestone for some of the boys